The Beyond Retro Guide to Dr Martens

Ever wondered about how your trusty pair of DM’s actually came about? In the first part of a new series all about our favourite footwear brand, we delve into the history of Dr Martens.

Who was Dr Marten?

The story of Dr Martens dates back to 1945 in post-War Munich, when an injured soldier, Dr Klaus Maertens, created a soft sole for his boots to aid the recovery of his broken foot. Maertens then showed his creation to his friend Dr Herbert Funk (great name) and the two went into business, using discarded military supplies to make their shoes. In 1959 an advertisement for the revolutionary sole was seen by the owner of Griggs’ Footwear in England, a few modifications later, including the addition of the iconic yellow stitching and the ‘Airwair’ boot was born. The team used the date they were created, 1st April 1960, as their namesake and the iconic 1460 boot was born.

"Starting in 1901, the Griggs family were known for making boots in the small town of Wollaston, Northamptonshire in the English Midlands. They were at the very heart of the English shoe industry and for six decades Griggs’ footwear earned a solid reputation as sturdy, durable work boots." -Dr Martens The brand was popular with people in the workplace for a sturdy, long lasting pair of boots. Then Dr Martens unexpectedly became the brand of choice for working-class subcultures and societal rebels, this was the beginning of their cultural iconic status.

The brand grew along with the consistent rise of British subcultures in the 1970 and 80s, from punks to goths, every disaffected youth of the time was wearing them and the trend for customising the laces and painting the boots was born. The trend had also moved across the water at this stage and bands in America were stepping out in DMs, taking the iconic boot worldwide. By the 1990s the grunge trend had kept DMs firmly in the limelight and the brand now became the choice for festival goers. "Grunge turned the mainstream music world on its head and took Dr. Martens along for the ride. Back in Britain, Britpop rebelled against this so-called ‘loser kid’ apathy but did so in the same boots, the 1460.

Whilst subcultures such as emo, punk, grunge and nu-metal aren't still as prevalent in mainstream culture Doc Martens definitely still are. Whatever style, music or culture you're into, there's no denying that Dr Martens have a place across most cultural scenes as a go-to shoe. 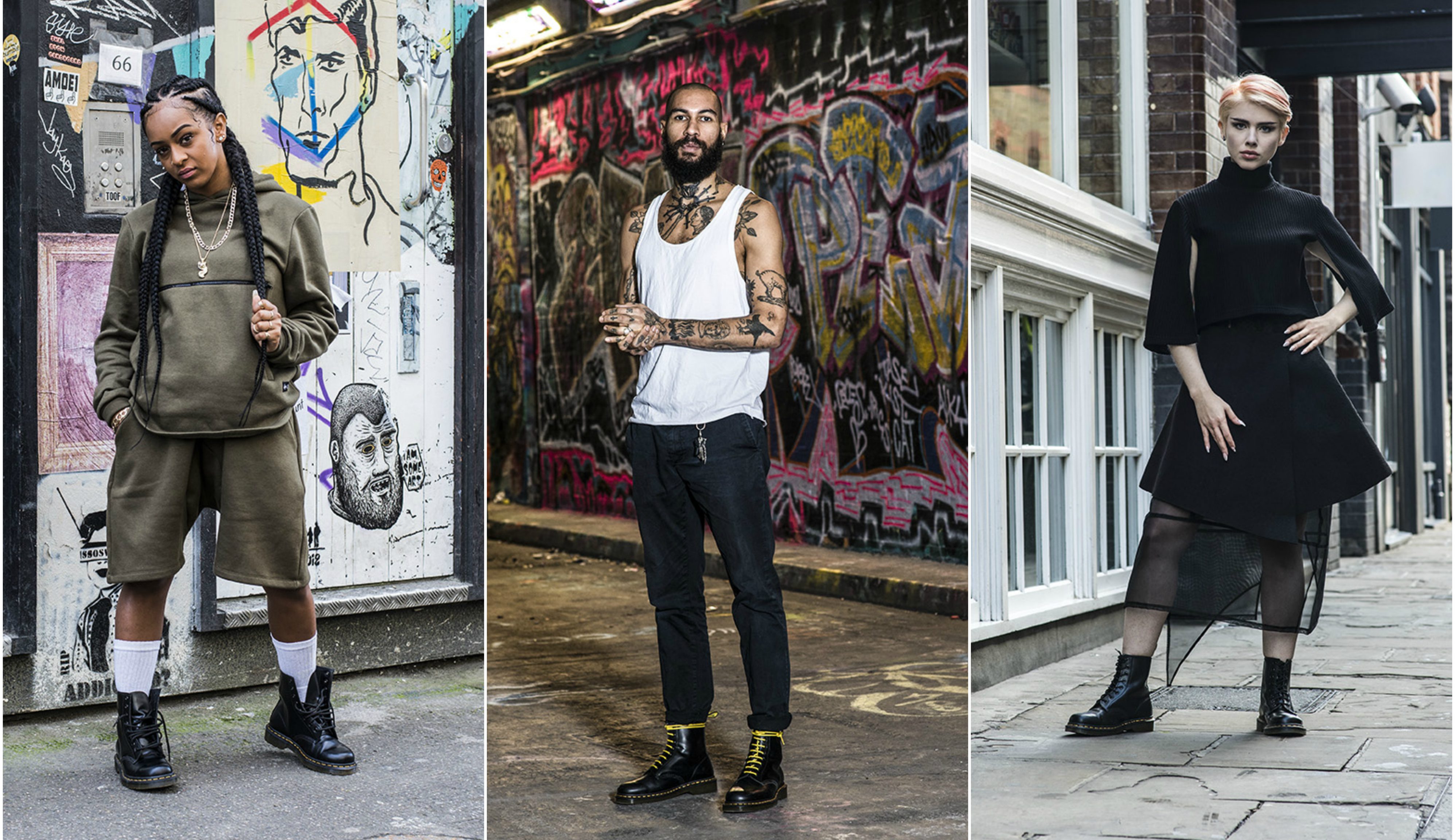 It was Pete Townshend, lead guitarist of The Who, that first brought the Iconic 1460 to the attention of the public, wearing his as a symbol of solidarity with Britain’s working class. Bands like The Specials and Madness championed the Dr Marten boot in the 1970s and 80s during 2 Tone and Ska revival, again as a nod to their working-class routes. The sex pistols personified teen rebellion in the late 1970s and 80s, the punk subculture embraced Dr Martens as an emblem of their discontent. It was bands like Alice in Chains and Pearl Jam that made sure the DM boot stayed a subculture favourite during the 90s. Love this video or hate it, you can’t deny it got people talking, in 2013 Miley Cyrus rode naked on a wrecked ball in just her Docs. In more recent years, bands like Babymetal, a 3 piece kawaii metal band, have made the DM boot part of their signature Japanese Gothic and Punk Lolita style. Rise and Fall of Dr Martens

By the early 2000s, the brand was experiencing a huge downward turn in sales, which resulted in store and factory closures across the UK. The brand launched a new range in 2004 aimed at young people, intended to be easier to break in and more comfortable to wear. In 2007 the original factory was back up and running, producing the hand-made boots, the traditional way. Thanks to innovative collaborations with Vetements, Supreme and Yohji Yamamoto, the brand has stayed at the forefront of fashion in recent years. With a knack for reinvention and a reputation for quality, no doubt Dr Martens will be around for the next 60 years (your Docs will probably still be in good shape then too.)

1. Toughen Up A Tea Dress

Pairing a cute, vintage, polka-dot or ditsy floral frock with a pair of DMs is the ultimate pretty but tough outfit to see you through festivals, parties, dates, summer and winter! 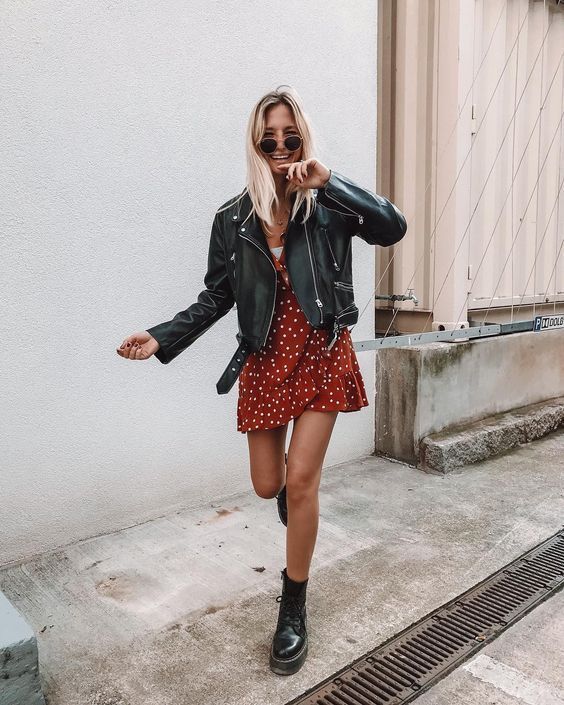 A worn-in pair of Dr Martens boots are the best kind of Sunday shoe, they pair perfectly with your favourite pair of vintage Levi's and your comfiest over-sized sweater. This model-off-duty kind of look will take you from grocery shopping to brunch and to the pub in the comfiest of ways. 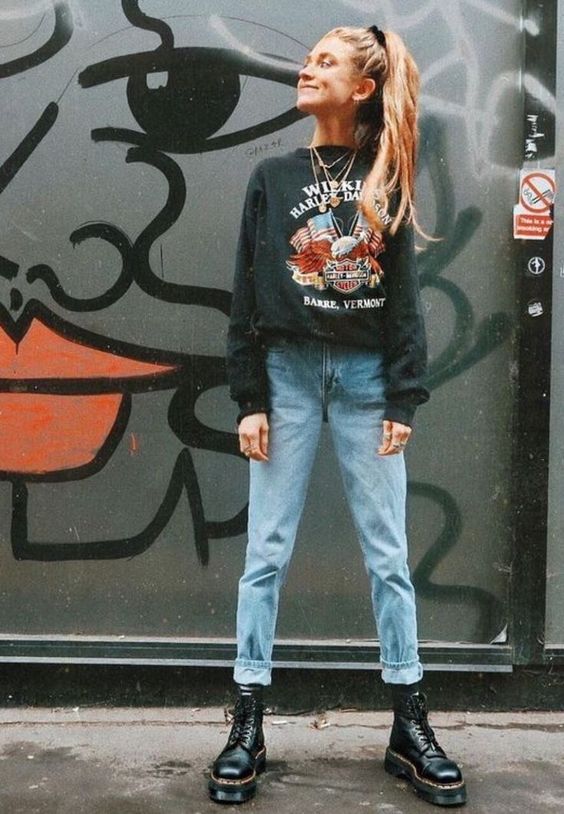 Finding the perfect outfit for a Thursday is a different kind of dilemma, how do you find a work-appropriate outfit that will also take you straight through to the bar without having to pack a change of clothes? Simple, a chic knit or long sleeve top, a vintage midi skirt and a pair of DMs - Simple! 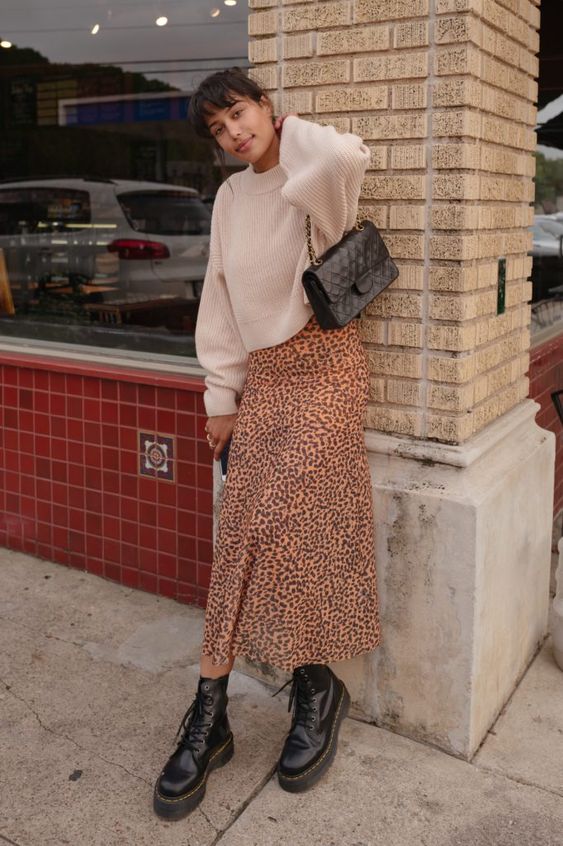